Estes did some pretty cool stuff back in the day - like launching one of their scale Saturn V models at halftime during the Blue Bonnet Bowl. This was seen by a fairly large TV audience, but a much larger crowd would have seen a launch of another of their models planned for just after the Apollo 11 launch. Unfortunately it never happened, and the only folks that knew about it were the relative few who read this blurb on page 23 of the September 1969 Model Rocketry Magazine: 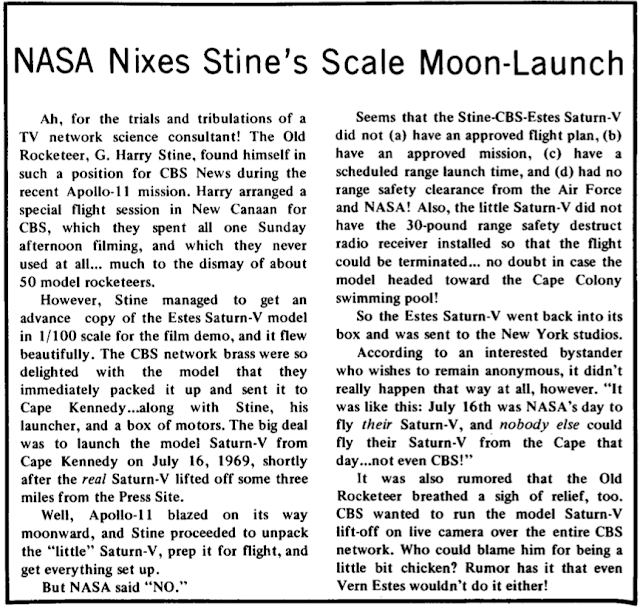 You see? Even during the glorious height of the Apollo program, the government could be a party pooper. A shame - this would have been really cool!
Posted by Bill Cooke at 10/25/2019 04:35:00 PM