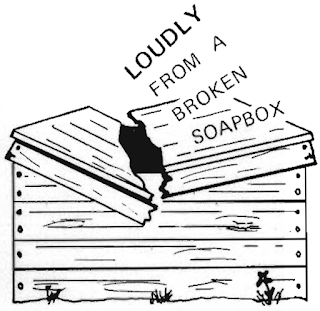 "It fell, daddy" - These words were the comment made by a little girl after witnessing a very heavy model of a Blue Origin (I think) spacecraft arc right into the the ground at Southern Thunder. It was an all too common occurrence during the two days of the launch, and is becoming increasingly more frequent at every launch. Rocketeers - inexperienced and veteran - are forgetting a very basic rule of rocket flight...


Obviously underpowered, eh? If you look at the video description, you will find that the motor used in this flight was an Aerotech E23-8T; E impulse is not even on the Leviathan list of recommended motors (F26-6FJ, F50-6T, G40-7W, G80-7T). If the flyers had done a little math or simulation beforehand, they would have realized that the max altitude on this motor - assuming the rocket weighed 17.5 ounces as stated on the kit art - was only 300 or so feet, with a coast time of 3 seconds. The 8 second delay they used was waaaaay too long; no wonder the rocket plowed into the ground.

The moral of this story? Stick to the recommended motors unless you are prepared to do some sims or math - after weighing the built and finished rocket, of course. Unless you are these folks, who used trial and error to arrive at the right motor (yes, I am being sarcastic):


A simple glance at the kit instructions would have told them that an A motor was not on the recommended motor list for the Amazon; the lowest usable impulse was B. But I suppose they had to find out for themselves. Fortunately, the Estes Amazon is a hardy beast, or its first flight would have been its last.

However, the Blue Origin model I mentioned at the beginning of the post wasn't a kit, so there is no list of recommended motors. So what do you do with scratch builds? Well, we have wonderful computer programs like Open Rocket and RockSim that you can use to fairly accurately estimate the performance of these rockets, enabling one to choose the right motor/delay combination. To be fair, there are some model types - like saucers - that these codes can't handle, forcing a bit of internet searching to discover the motor types used in similar models that have been flown by others. After you weigh the rocket, of course - the simulations are no good unless you have a weight match. This is especially true of those who tend to overbuild - all that epoxy and stuff can add considerable weight to the model, which isn't automatically factored into the simulation programs.

At a launch, I like to use an iOS app called Rocket Calculator, which does all sorts of nifty rocket math, including estimating altitude, coast time, and thrust-to-weight ratio. The numbers it produces are usually within 10-20% of those of Open Rocket or RockSim, making it an excellent tool for deciding proper motor/delay combinations.

I know that some may think I am being a bit of a curmudgeon (or "tightass", "stick-in-the-mud", etc., etc.). However, our hobby survives because rocketeers fly their models safely; rockets arcing into the ground ain't safe. Fly smart - stick to recommended motors or use the results of valid simulations/calculations.

I am now leaving the soapbox.